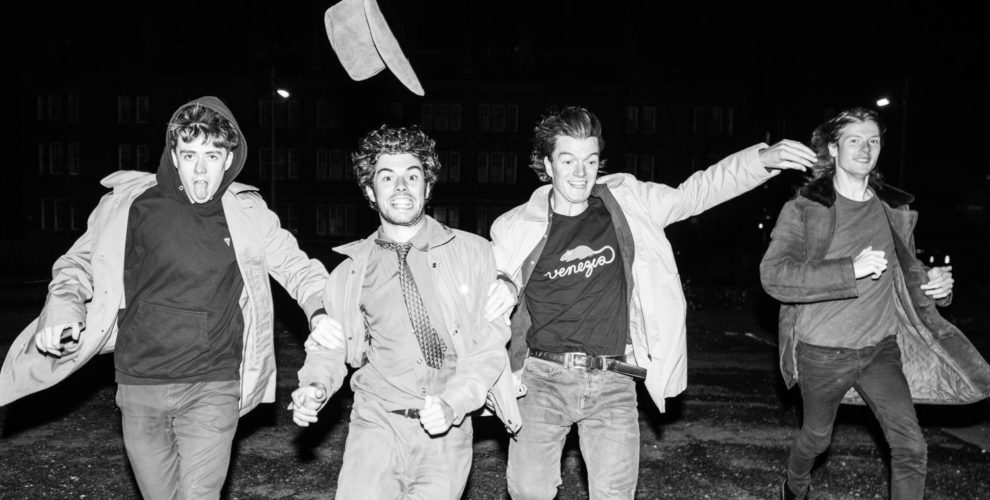 The politicised Glaswegians examine an atmosphere of misogyny in society on their latest track.  Posted on 15th February 2018  On their debut single ‘Queer Fatwa’, Glaswegians Sweaty Palms drew on a phrase from Jon Ronson’s ‘Them’, where an Islamist Militant leader attempted to put the aforementioned “queer fatwa” on the author.
The band are continuing to straddle the line between the playful and political on their new track, ‘Captain of the Rugby Team’. Here though, they cast their eyes to the misogynist aspects of society, wrapping their half-sung, half-spoken (always piercing) words around three minutes of driving, jagged riffs and haunting wails.
Speaking of the track, the band said: “It’s about the rampant atmosphere of misogyny in our society that masquerades as ‘Lad Culture’. Champagne socialists and Buckfast Tories. Apathy, prejudice and discrimination in all its forms”.
Sweaty Palms are set to play at the Castle Hotel in Manchester on 12th March. They’re also set to play a couple of live shows in May. On 4th May they’re headed to Aberdeen’s Krakatoa, while on 10th May they head to Sheffield to play at The Washington.   Get the first spin of ‘Captain of the Rugby Team’ below.