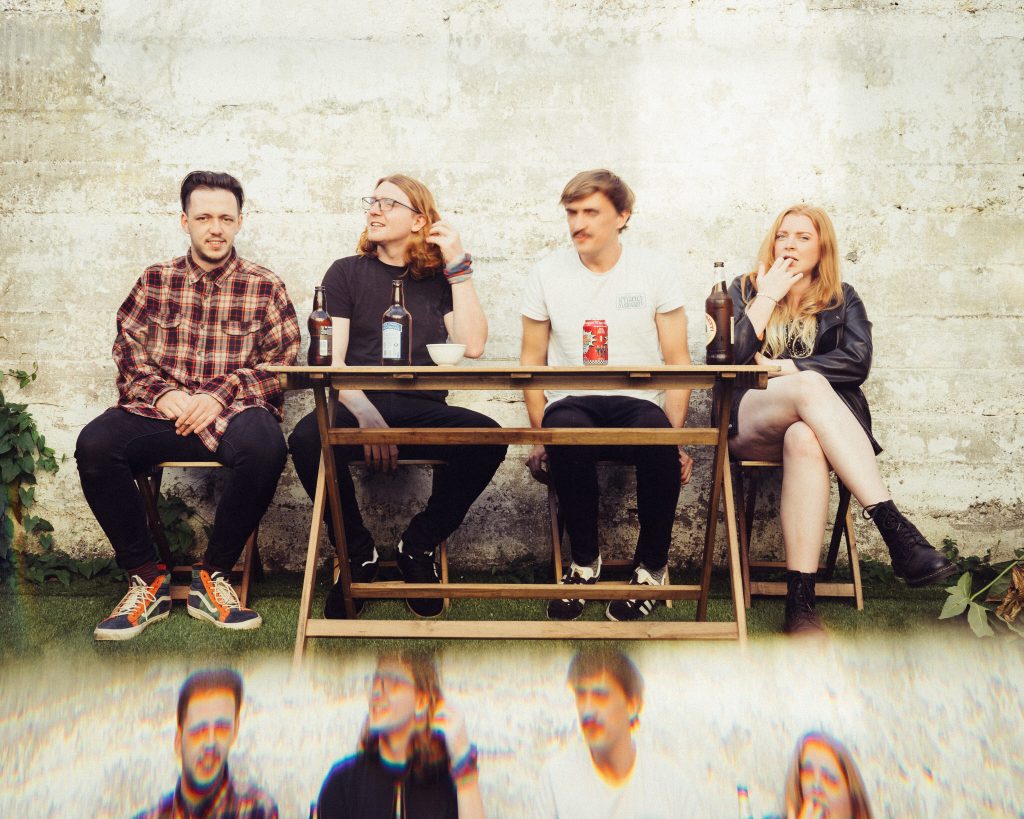 Nice Swan Records · How Does The Story Go?

“Sprints may be the latest to emerge from Dublin’s fertile stable of guitar-wielding new heroes, but their two-fingers-up, no-nonsense rattle and roll arrives as the natural heir to Amyl and the Sniffers’ grot punk – DIY

Today Sprints share new single How Does The Story Go? out now via Nice Swan Records. The single follows the Manifesto EP, released inMarch, to critical acclaim from the likes of TheGuardian,Clash, NME, DIY, Dork and many others. Sprints have also won support at BBC 6Music and Radio 1. The Dublin band have a knack for writing unwaveringly catchy, progressive and socially astute songs – How Does The Story Go? once again showcasing vocalist Karla Chubb’s humour, vulnerability and candid honesty.

With How Does The Story Go?, the band reflect upon the nature of sacrifice that comes with pursuing a career in the arts, saying “Friends are emigrating, buying houses, growing older and maturing, whatever that means, and sometimes you feel stuck. It feels like the world is spinning and moving around you, and while there is nothing else I’d rather be doing than playing music with my adopted family, sometimes you can’t help but feel left behind.”

Raw and raucous, Sprints are a garage-noise four-piece from Dublin. They combine guitar-driven hooks, motoric rhythm and emotive lyricism to create a unique sound that pulls from garage, grunge, punk and beyond. Like the Irish guitar acts who have paved the way for them: Fontaines D.C., Silverbacks and Girl Band, the sound of Sprints is urgent and vital at every turn.

Sprints have hit a nerve. Driven by experience, tough political climates and social and economic uncertainty – their music is honest, often politically charged and authentic. Sprints’ second EP will be released via Nice Swan Records in ‘21. More details on that will be shared imminently. The band will tour the U.K. & Ireland in November (dates below).

This recording was supported through funding from the Department of Tourism, Culture, Arts, Gaeltacht, Sports and Media Ireland as administered via the Music Industry Stimulus Package 2020.