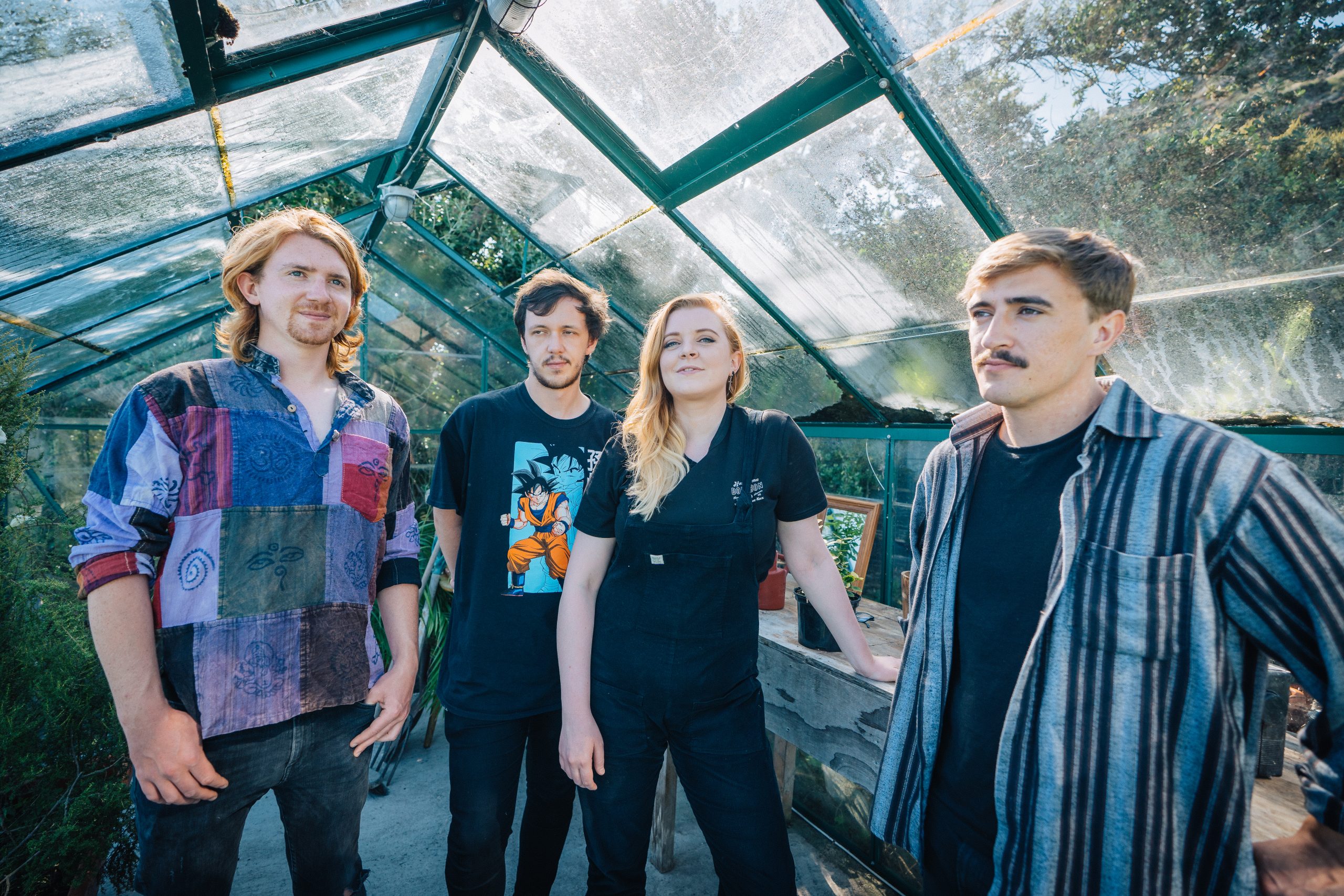 Sprints’ return with the second single lifted from the highly anticipated debut EP of the same, that is set for release next year. ‘Manifesto’ is the post-punk band’s best single to date as they’ve refined the more industrial elements of their sound and head into a more tense yet exhilarating chapter.

‘Manifesto’ is the latest single to be released from the rapidly growing Dublin 4 piece. Further cementing their place as one of Ireland’s most exciting new acts. Sonically, SPRINTS sound like an arena-slaying band who could bring their darkly theatrical performances to the biggest stages. Daniel Fox of Girl Band has been working with them since their inception in early 2020 and is credited as producer for each track on this beautifully crafted EP.

The full track listing for the EP is as follows:
1. Manifesto 2. Drones 3. Swimming 4. Ashley

The band manifested their relationship with Daniel Fox after being fans of the noise, garage and punk scene in Dublin for years. Before edging their way in with brilliant songwriting.

Karla Chubb, lead singer and songwriter, started bedroom singing and songwriting in her late teens. By her early 20’s Karla met current bandmates Colm O’Reilly (guitar) and Jack Callan (drums) and they had a short-lived indie project together. In 2018, Colm and Jack’s childhood friend – Sam McCann (bass); prolific on the fuzz pedal – joined them to bring that maelstrom that would edge them into the hallowed Dublin scene (think Silverbacks, Fontaines DC), and SPRINTS was born.

Sprints’ clarity in what they wanted to achieve stems also from needing to orchestrate a sound that would be a fit for Karla’s emotive lyrics, which tackle some brutal issues fearlessly and articulately.

Speaking of ‘Manifesto’, she says:

“Manifesto is all about control, and the seeming lack of it we have sometimes – control over our own lives, our own bodies, our own societies. Written during the time of the Repeal the 8th referendum in Ireland, it’s a call for equality.

Life can feel like it’s unravelling around you. We see our countries fall in and out of economic crisis, we see the homeless crisis worsen by the day, we see the rapid rise of addiction and drug problems, and nothing is being done about it, yet when it comes to telling women what they can do with their own bodies, that’s when people (the bigots) step in and show up? It baffled me.

Manifesto is about turning your cheek to the critics and bigots and those who judge and doubt. To try shake the shackles of everyday existence and mundanity and go carve your own path. “

Meanwhile, the EP’s other three tracks don’t disappoint. The unhinged chaos of preceding single; ‘Drones’, ‘Swimming’ a leather-clad BRMC-esque tale of alienation and poverty, and ‘Ashley’ a philosophical banger dealing with simulation and obsession, will greet you when the EP drops next year.

Nice Swan Records started their relationship with SPRINTS for their second single: the raw, raucous bass-fuelled ‘The Cheek’. A track centred around Karla’s “own experience of sexual assault, unsolicited advances and sexuality as a whole.”

It ushered them into the limelight and they’ve earned acclaim from Steve Lamacq, who put them as his Spotlight Artist,;and they landed Next Wave on BBC Radio 1’s Jack Saunders’ indie show. With ATC booking also taking them under their wing last month, this new EP, SPRINTS look set to take the guitar world by storm in coming months. Watch this space.