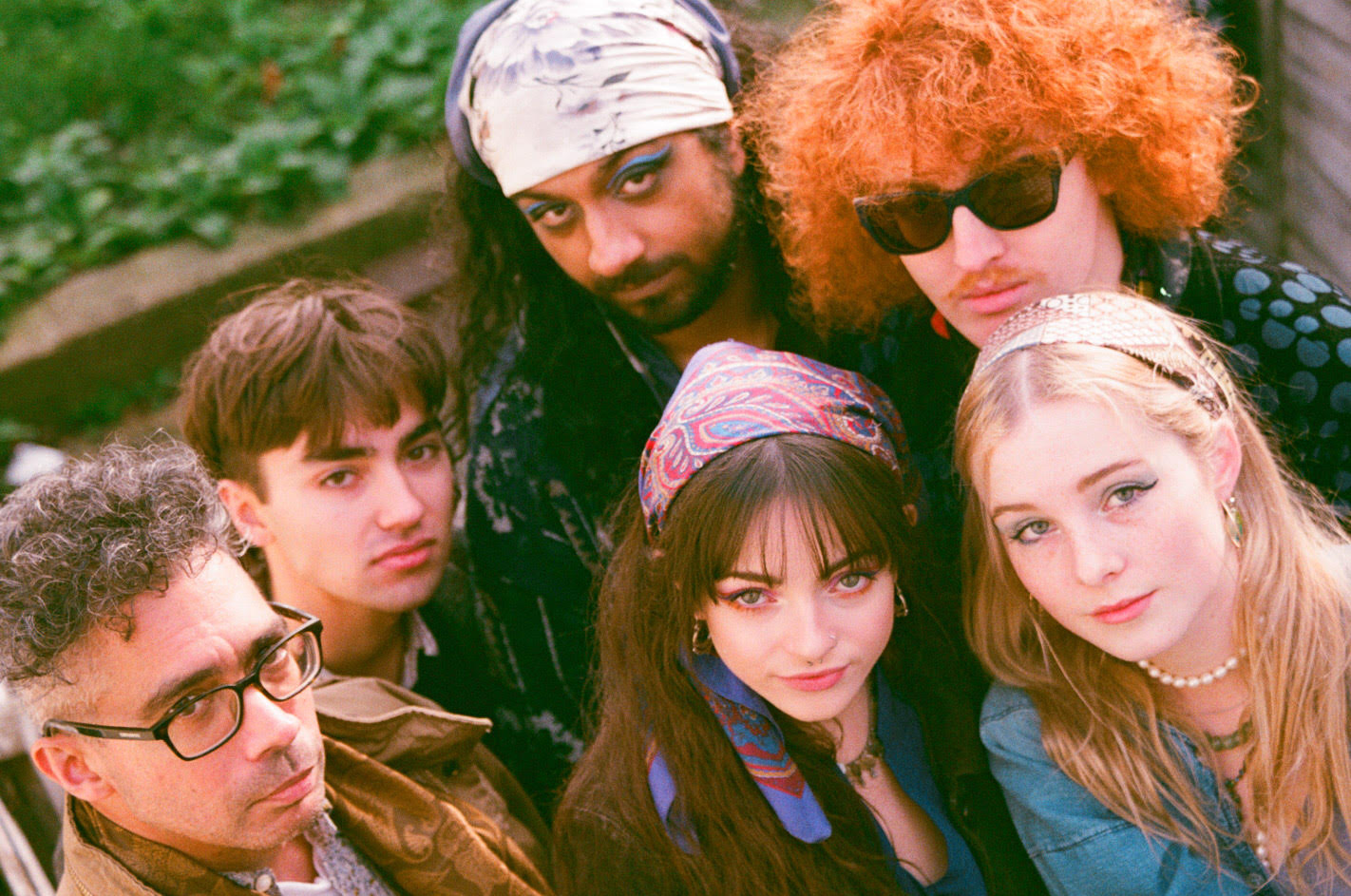 The final release of 2020 for us will be wrapped up with the brilliant Mandrake Handshake via our Introduces Series. Their single ‘Gonkulator’ lands this Friday. Numbered NSWNi006.

Primed for release on November 20th, the hypnotic group mark the latest addition to Nice Swan’s monthly ‘Nice Swan Introduces…’ series (in partnership with RIP Records), having already discovered and released debut tracks from some of the finest talent in recent years including Blossoms, Sports Team, Pip Blom, FUR, Hotel Lux and countless others.

Causing quite a stir on arrival this summer, the indie-stonery outfit have already drawn a slew of acclaim from key indie press champions (NME, DIY, Clash, So Young Loud & Quiet) in their short time together, incorporating influences of krautrock, funk, Japanese animation and Latin pastoral poetry to create a unique brand of ‘Flowerkraut’ amidst a sprawling barrage of psychedelia.
Detailing the second offering from their debut EP out in 2021, the band revealed: “This is our 3-minute party tune, but in swung 5/4 ‘cause who doesn’t love a good 5/4 groove!? It’s a song about sheer joy, happiness and freedom for two-and-a-half minutes – can’t be any longer because it’s too much otherwise!”
Produced by Stereolab’s Andy Ramsay, Mandrake Handshake’s ‘Gonkulator’ is released November 20th via Nice Swan Records and will be available on all digital platforms.