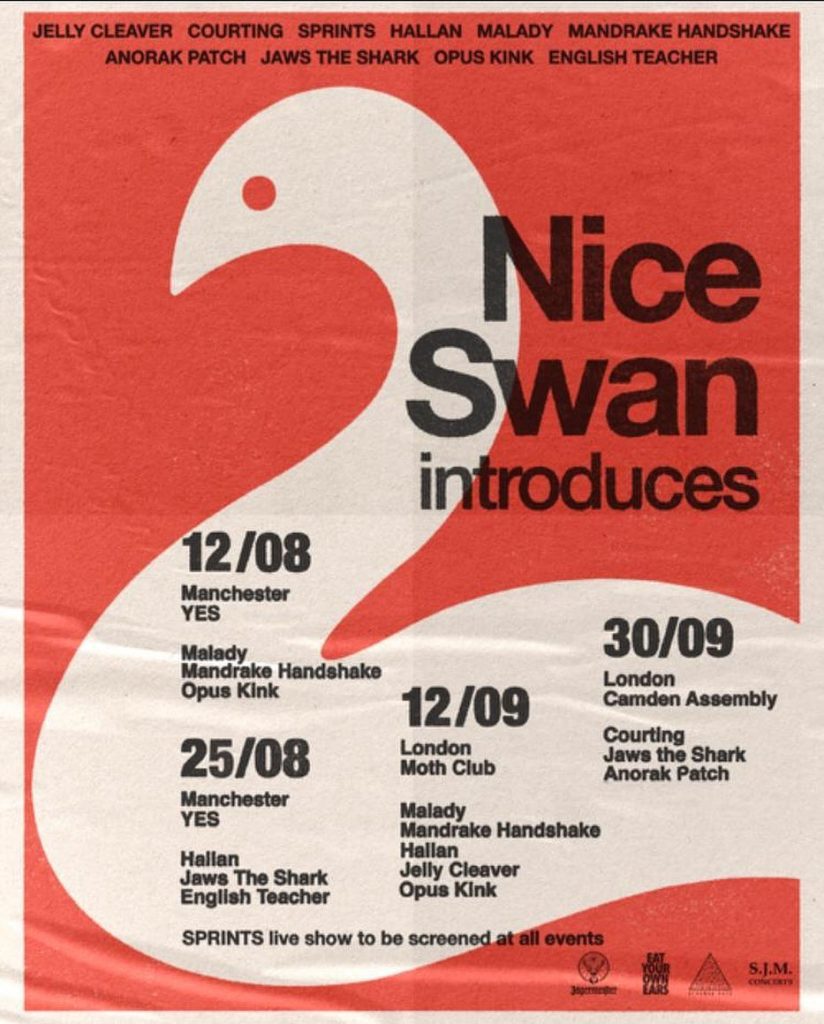 Following up from yesterday’s announcement we are over the moon to now push these four events with the knowledge that they’ll be going ahead!

Introducing a wave of new and exciting talent including the likes of Jelly Cleaver, Courting, Sprints, Hallan, Malady, Mandrake Handshake and Anorak Patch, the upcoming compilation solidifies Nice Swan’s growing status as one of the UK’s most reputable indie labels, with their live plans this summer set to demonstrate the full potential of their roster.

“For Pete and I this has been a year’s worth of hard work and to finalise it with ten fantastic artists, an amazing 12” compilation release and these four shows is a real treat”, explains co-founder Edwards.

“We feel each artist in their own right has a really promising future on the horizon so it’s been great to act as that launchpad with the series. Hopefully this is the start of something special and we’re looking to do it all again in 2022”.

Instilled with a passion to push emerging artists on a monthly basis, Volume 1 signals a real landmark moment in the cult indie label’s development, and with several acts already becoming mainstays on the BBC Radio 1/6 Music airwaves and gaining extensive tastemaker approval, the compilation could not be arriving at a better time.

Nice Swan Introduces Volume 1 is released August 30th and will be available on all platforms (pre-order 12″ vinyl here). Tickets for their live shows will go on sale at 9am April 1st here.