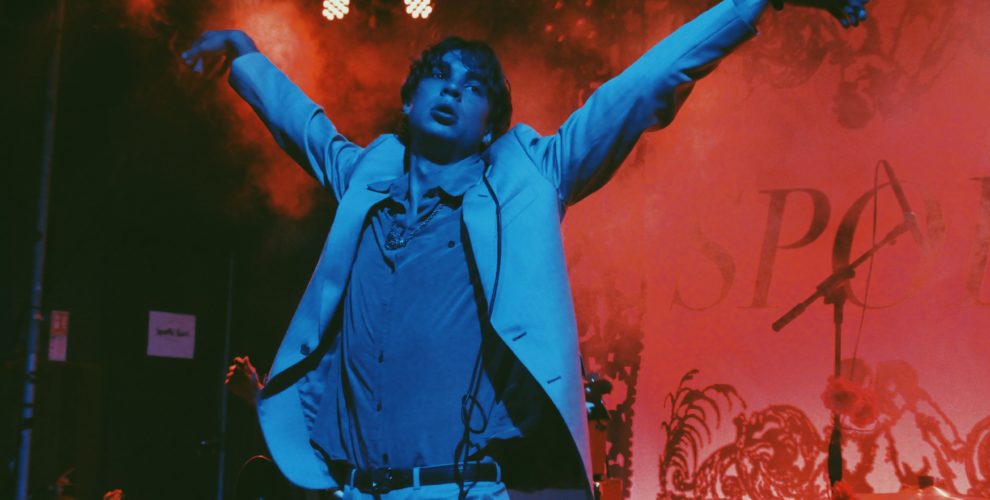 December is the official month of annual round ups. You can’t get away from the fuckers, they’re there on every news feed, begging to be looked at. No one can turn down a good list. So if you can’t beat them, you might as well join them. Of course, they also give us a chance, as a label, to humble brag about what a solid year 2018 has been for Nice Swan and the glorious bands that make us what we are. Here are 11 highlights that defined our year.

Scala, with it’s opulent exterior and multi-layered observation points has become something of a pinnacle performance space for any band worth listening to before they make the mighty leap to rapid rising national attention. All great bands must pass through its glossy, wood-panelled innards at some point. Sports Team did this. They did it with a tinfoil shark in tow and balloons descending from a cage in the ceiling. The Guardian called it ‘a reminder of why indie made it back from the brink’ – and no one argues with The Guardian.

An intoxicating listen from start to finish, Quit Now is filled with snarling Glaswegian bite, black humour and a discordant nature that sits, legs splayed, amongst the more placid versions of guitar music that circulate. The band’s tales of narcissism, rampant misogyny and prejudice also pricked the ears of Vic Galloway who invited them in to a do a BBC Introducing radio session. The results were blistering.

To some, music awards mean nothing more than a sympathy vote and a congratulatory pat on the back for industry insiders. However, in certain pockets of this world, it’s nice to be acknowledged for something artistically focused at least, especially ones that hold a certain gravitas so early on in a career. Nominated alongside Pale Waves, Pip Blom managed to bag an award in the ‘Rock’ category which was selected by judges including Huw Stephens. That’s pretty fucking major. Rosettes will be handed out at Eurosonic next year.

Pip Blom and Sports Team joined forces in March to grace five major cities around the UK with a duality that audiences didn’t realise they wanted but ultimately found out they needed. As two of Nice Swan’s treasured acts, it worked as a nice emblem for the label and gave off some serious family vibes – aw.

“Dissatisfied millenials”. “A humorous crawl”. “A lead guitar part that could have come straight from the ‘Noel Gallagher School of Writing a Banging Riff.’” What do all these statements have in common? Well, they’re all whimsical terms used to describe Sports Team’s debut EP, Winter Nets, of course! We don’t want to milk this one too much but with Kutcher winning Annie Mac’s Hottest Record In The World and classified as BBC Radio 1’s ‘Track of the Week’… well, you get the gist. It banged.

It’s been a big year for Pip – career-defining, some would say. With the release of Pussycat and Come Home not just making waves in the UK, where they graced BBC 6 Music’s A-List, but also reaching the ears of the US and Australia, too, 2019 is only going to kick it up a notch. Paycheck, her debut EP, is a shining example of her sharp songwriting skills.

There was a gap on the label for a band who could combine the youthful with the old. A band who could offer us nice, clean guitar lines that warmed the soul. A band who have haircuts so impressive that our follicles recoiled in shame. Well, Fur fill that void better than any other could. After signing with us in September, it’s been nothing but a solid pleasure working with the lads. They released their latest single, Angel Eyes, with us – a glistening 60s pop morsel that is sold by its beautifully baroque take on love. Plus, find us a band who have created such a strong music video aesthetic thus far in their career.

8. Sports Team took a shitload of people in a coach to Margate

A lot happened for Sports Team this year: Abbie Clancy became a fan, Twitter beefs boiled and stewed and Alex Rice made it in to Vogue for Christ’s sake – but the act that truly defined the spirit of the band was when they took a load of fans on an unbearably sweaty coach to Margate to celebrate the release of their split single of Margate/Kutcher.

If anyone deserved to put their feet up at Christmas, it was the Pips. Not only finding the time to go on a successful headline UK tour, they also played shows with The Breeders, Franz Ferdinand and Garbage. Just for the hell of it.

Not even going to bother going on about this one – just watch.