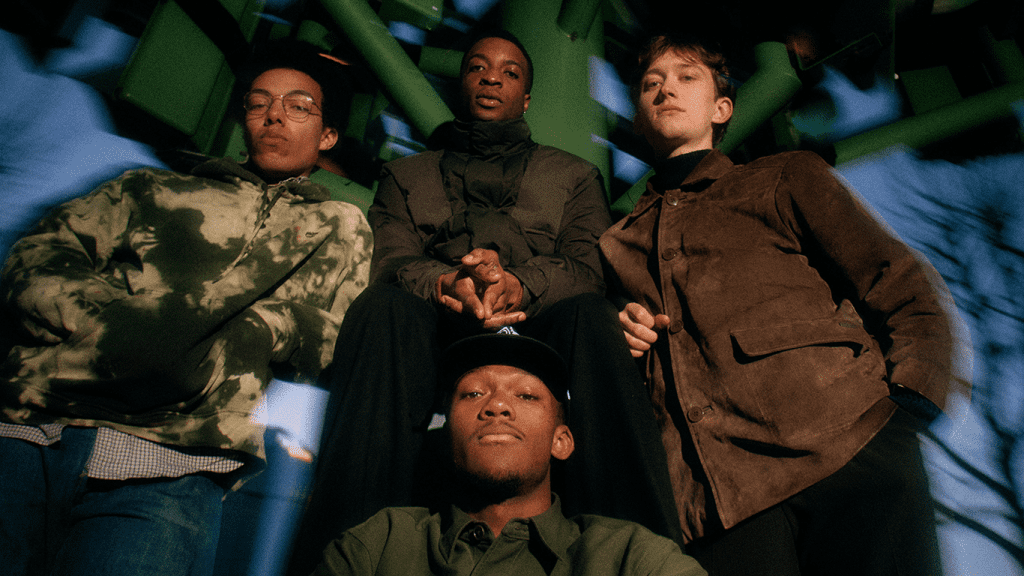 Concocting quite the reputation in the capital and beyond with their captivating live shows, the London quartet are only two singles in but have already carved their place amongst the emerging indie elite, with widespread praise across the press landscape (Stereogum, NME, So Young, DIY, Dork, Clash, Gigwise) and multiple spins on the BBC Radio 1/BBC 6 Music airwaves.

Discussing their single release, the four-piece revealed: “‘Round The Bend’ is about seeking solace in communal madness, acknowledging that life can be fruitful in spite and alongside it, as we’re all in it. together and whatnot”.

With slots alongside the likes of Wet Leg, Hotel Lux and Opus Kink ticked off, the group’s intoxicating blend of electronic-infused indie is primed for festival stages in the months to come, with appearances at The Great Escape and DIY Alive already lined up.

Malady’s ‘Round The Bend’ is out March 9th via Nice Swan Records and will be available on all digital platforms.