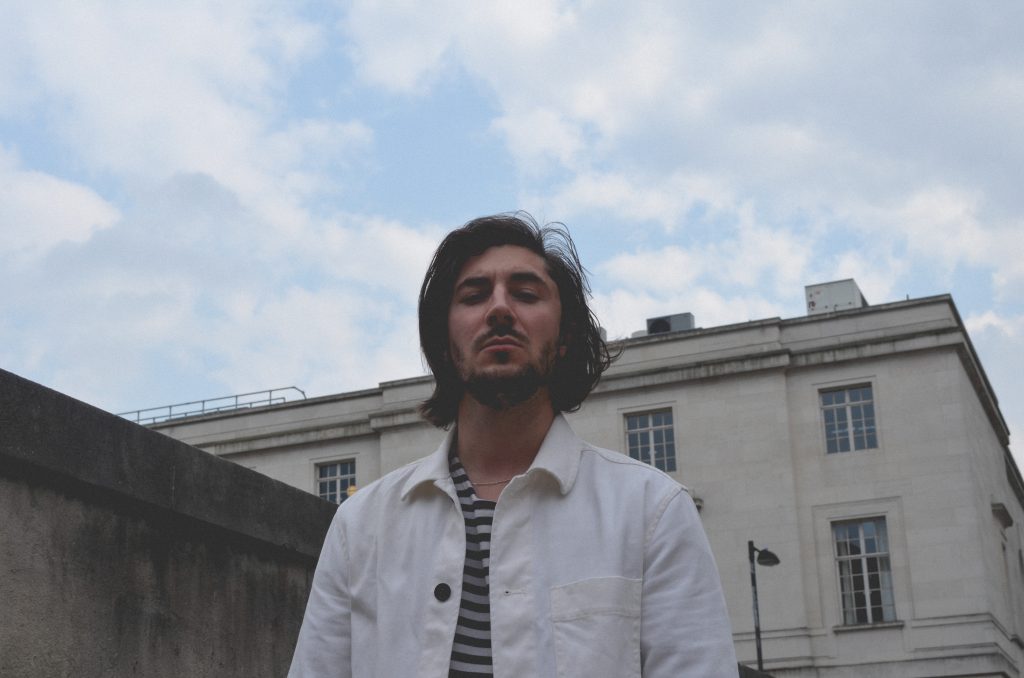 Nice Swan Records · Loose Change
In February, Jaws The Shark burst on to the scene with his single, ‘Demon Dream’ a molten-hot slice of lo-fi grunge that was released as part of the Nice Swan Records Introduces Series. The track, which immediately made waves across press & radio was BBC R1 Next Wave via Jack Saunders and stayed on the BBC 6Music  Playlist for 6 weeks. Since then, Head Shark Olly Bailey has gone on to sign further releases with Nice Swan, brought in a live agent and signed to renowned UK promoter Steve Tilley’s publishing setup.
Returning with new cut, ‘Loose Change’, written and recorded by Bailey, and featuring Elliot Rawson from Yak on drums, Jaws The Shark cement themselves as one of the UK’s most exciting new alternative acts. The single is yet another hook heavy, smack in the face dollop of swaggering grunge rock that combines with lyrically engaging themes.
It’s a first person account of the struggle that can arise when dealing with friends or loved one’s that are close to them, who have issues that need to be addressed, and that when brought up and confronted with those issues, they will tell you what you want to hear, in order for you to get off of their back and leave them alone
Bailey continues: “Loose Change is a song that I wrote about trying to help a friend that is unwilling to help themselves.
The line “Loose Change, but not the kind you find that’s in your pocket, but it’s a change that’s in your head” is referring to the fact that there is an issue, or a change in behaviour that needs to occur, and whilst that person can reach out for external help by paying for it, if that person is unwilling to want to make that change themselves, then it’s unlikely to have any effect. It’s a song about not dwelling on the past and past mistakes, but trying to look forward, towards a fresh start and a clearer path.
Having only started the project in the summer of 2020, Bailey has well and truly announced himself on the scene & with more releases set for release this year and a wave of live shows to come – watch this space.
Live Dates:
May 19th – Signature Brew, London
August 25th – YES, Manchester
August 26th – Bootleg Social, Blackpool
September 30th – Camden Assembly, London
October 1st – Liverpool Sound City