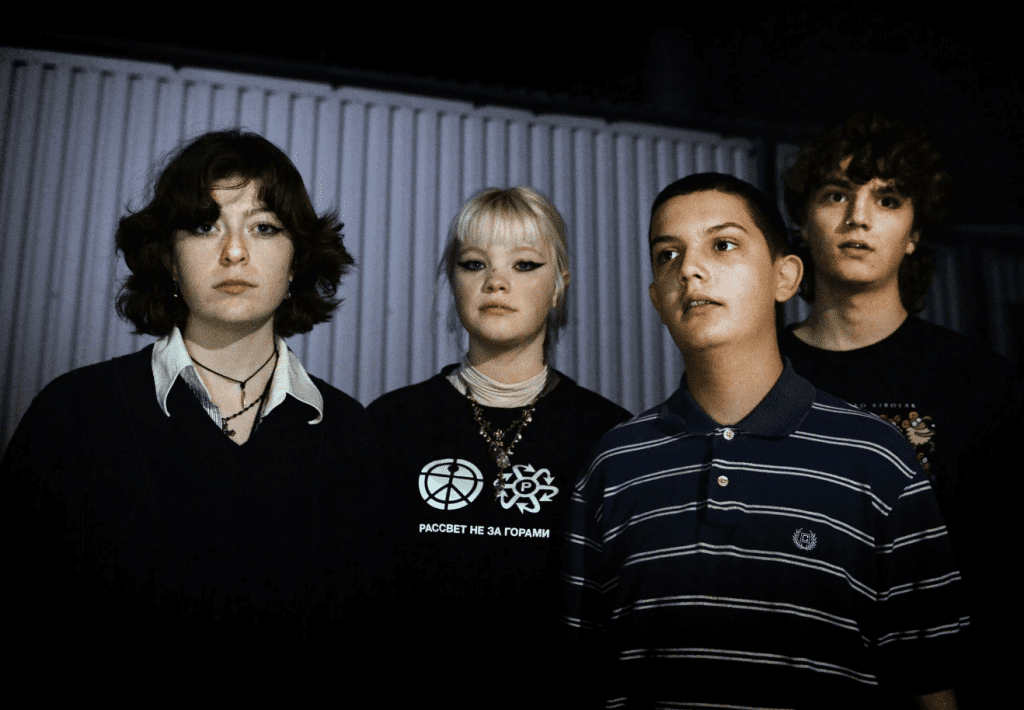 High school band Anorak Patch’ return with the follow up to ‘Irate’ & head into an exhilarating new chapter.

Colchester-based four piece, Anorak Patch, whose drummer is just 14 years old burst onto the scene last year as part of the Nice Swan Records Introduces Series and their single, ‘Irate’. Keyboardist Effie Lawrence formed the group in late 2019 with high school friends Luca Ryland (drums) & brother Oscar (guitar), along with bass player Eleanor Helliwell and have been quick to announce themselves into the UK music scene with national airplay and press.

‘Blue Jeans’ continues to showcase the band’s immense musical talent at such a young age, the new cut, which draws inspiration from Queens of The Stone Age, At The Drive In & Black Midi, offers yet another side to the bands songwriting & recordings and marks them as one of the UK’s most exciting, young bands to emerge in recent times.

Having already picked up fans across BBC 6Music, BBC Radio One and major press sites. Things are looking very promising for the young upstarts.