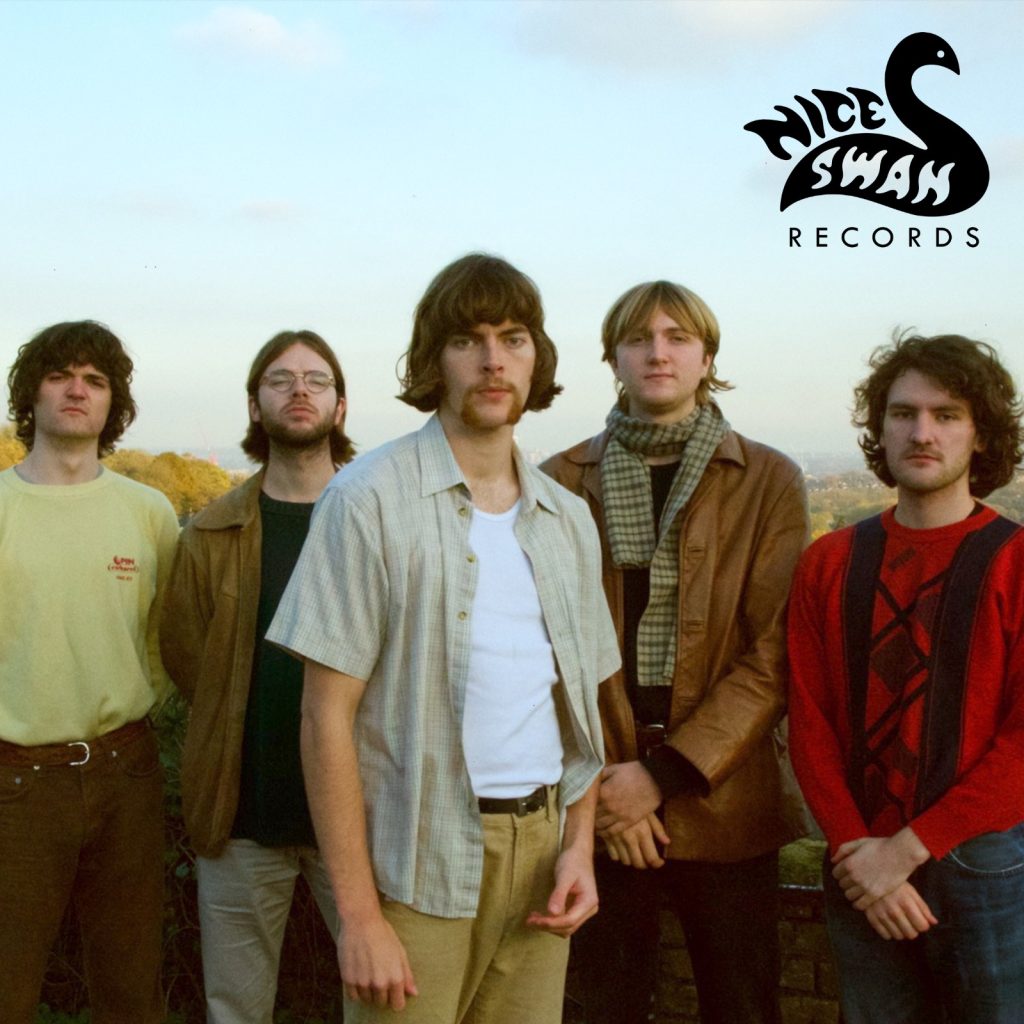 FEET have signed to Nice Swan Records who will release the band’s brand-new EP early this summer, with the first single ‘Peace & Quiet’ to be released April 20. It will be the first new music from the band since their independently released debut album ‘What’s Inside Is More Than Just Ham’ in 2019, which cemented the indie quintet as one of the country’s most invigorating and exciting guitar bands around.

“Being hunkered down in our house together has forced us to evolve on a personal and musical level” commented FEET’s drummer Ben Firth. “All year long; eating, sleeping, reflecting, regretting and writing as one has conjoined us, tighter than before. As the music industry unfolds from its derelict year, so do we, with new music and, what feels like, a new band.

Nice Swan certainly have their finger on the pulse when it comes to championing artists in the UK indie scene. Only in their fifth year as a label, they have had the likes of Sports Team, FUR, Hotel Lux and Pip Blom grace their roster, with FEET their newest, exciting signing.

“We’ve been huge fans of the band since day one, so it’s an absolute dream to welcome FEET as part of the Nice Swan family” explains label co-founder Pete Heywoode. “With the upcoming series of EP’s, it’s going to be an exciting period for their fans and the label. We can’t wait to unleash FEET’s new songs to the world!”.

Alongside the new label news, FEET are also announcing brand new 2021 tour dates for this coming August. The seven UK dates will see them perform brand new material for the first time, alongside a host of fan favourites from their debut album. Tickets go on general sale at 10am this Thursday and full details are below:

2021 marks the start of a new chapter for FEET, with plenty of new music in the works, new live shows and a new label home. Keep your eyes and ears peeled for more info soon.

FEET (aka George, Ben, Harry, Oli & Callum) formed in Coventry back in 2017. Following a raucous live session for Felix White’s Yala! Records, the band’s profile grew rapidly, fast becoming one of the most exciting live bands around.