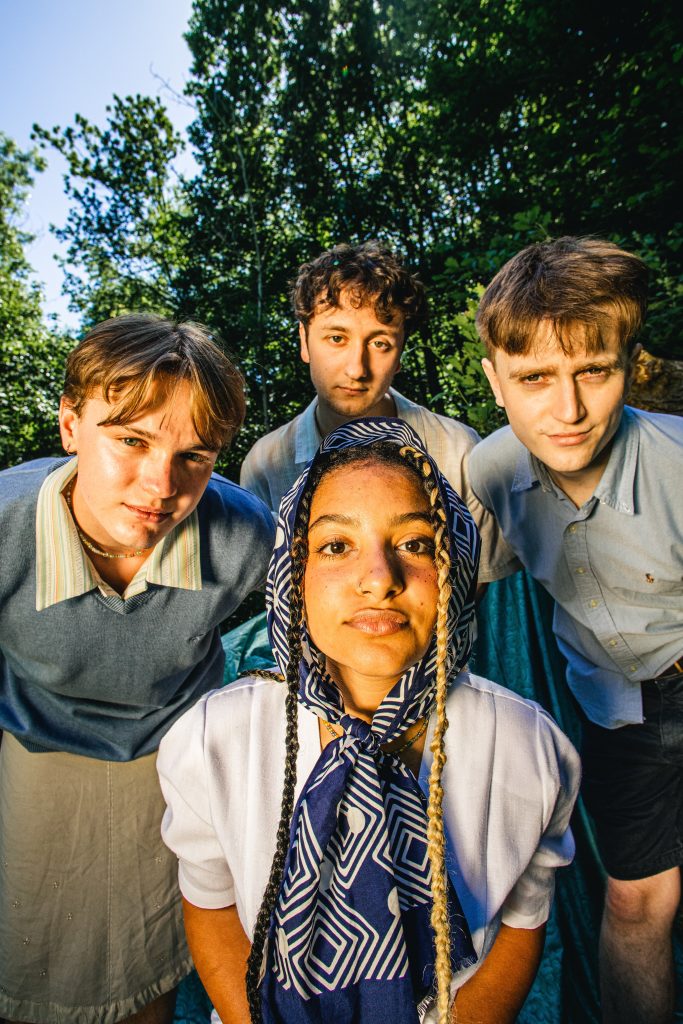 “The fierce and magnetic draw of a future punk great” NME

“Just one weapon in their vast musical armoury” Dork

Surging onto the scene in late spring with pulsating anthem ‘R&B’, English Teacher have certainly made quite the early impression. From the raw, distorted guitar and bass of Sonic Youth and Slint to the white-knuckle drums and assertive vocals of punk purveyors Shame, the alt-rockers’ versatility is clear for all to see, with punchy B-side ‘Wallace’ providing further evidence of what to expect from the emerging quartet in the coming months.

Having first met whilst studying in Leeds and remained in the city harnessing their craft and recording demos ever since, the four-piece, marshalled by enigmatic frontwoman Lily Fontaine (also part of Yorkshire risers Eades), have sought inspiration from social issues, literature and wit for their initial releases, whilst also benefiting from previous experience alongside legendary producer/engineer Ken Scott (The Beatles, David Bowie, Elton John).

With a slew of acclaim from the likes of NME, DIY, Dork, The Line Of Best Fit, So Young and Beats Per Minute greeting the arrival of ‘R&B’, as well as excitement across the BBC Radio 1 (Jack Saunders, Gemma Bradley) and BBC 6 Music airwaves (Steve Lamacq, Huw Stephens), it’s fair to say English Teacher are generating substantial momentum. Upcoming live dates alongside label-mates FEET and SPRINTS, as well as Sports Team’s annual Margate Bus Trip, leave them primed to take further advantage as they cement their growing status across the indie landscape.

Detailing their newest single, the band explained: “‘Wallace’ is an apocalyptic monologue about what happens when people listen to Wallace Hartley, the band-leader of the Titanic, as a distraction to the sinking of the ship. Born in my hometown, his name is stretched across the door of our local Wetherspoons – thinking about the irony of this got me wrapped up in how the metaphor perfectly expressed my feelings towards the political leanings of the area and the general rise of the right-wing in modern England.”