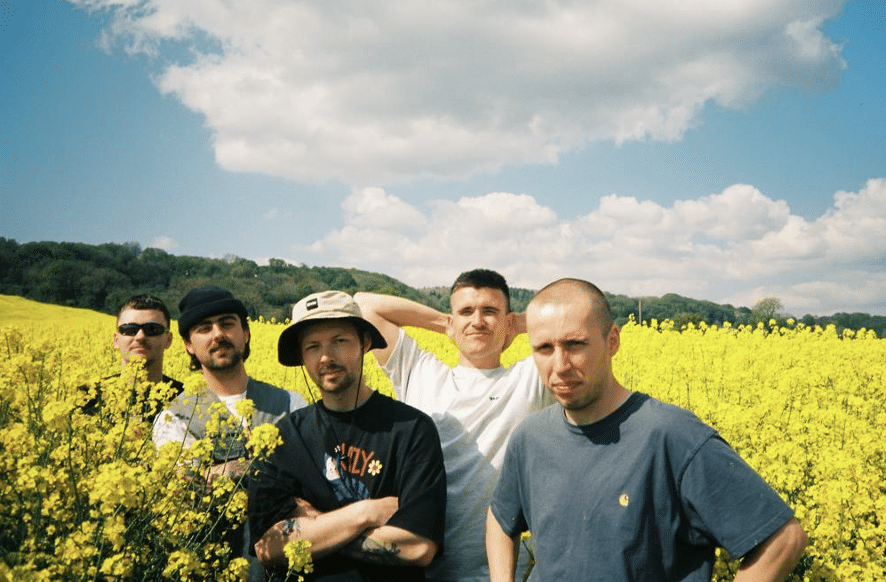 Born after successful stints in some of the city’s most beloved post punk and surf rock outfits (including Football FC, Kimbo Nice, Ratbags), the raucous quintet have firmly established themselves as a thrilling new fixture within the punk landscape, bagging slots alongside the likes of Anorak Patch, KEG and Sprints in recent times.

Sparking early press plaudits from key indie champions (Brooklyn Vegan, Clash, Dork, So Young) and radio tastemakers alike (BBC 6 Music’s Lauren Laverne), the frenetic outfit are certainly making all the right noises in their infancy, with further new music and frenetic live shows lined up in the months to come.

“‘Pressure’ is a direct response to Britain’s current economic climate”, the Bristol natives explained. “Lyrics which were at first deeply personal began to take on a wider meaning as the British public became subject to numerous political scandals, and an ever-worsening financial crisis. The idea of being forced to leave somewhere you love and depend on the help of others in the face of immeasurable odds also developed its own terrible resonance at the time of recording”.

Saloon Dion’s ‘Pressure’ is out May 5th via Nice Swan Records and will be available on all digital platforms.