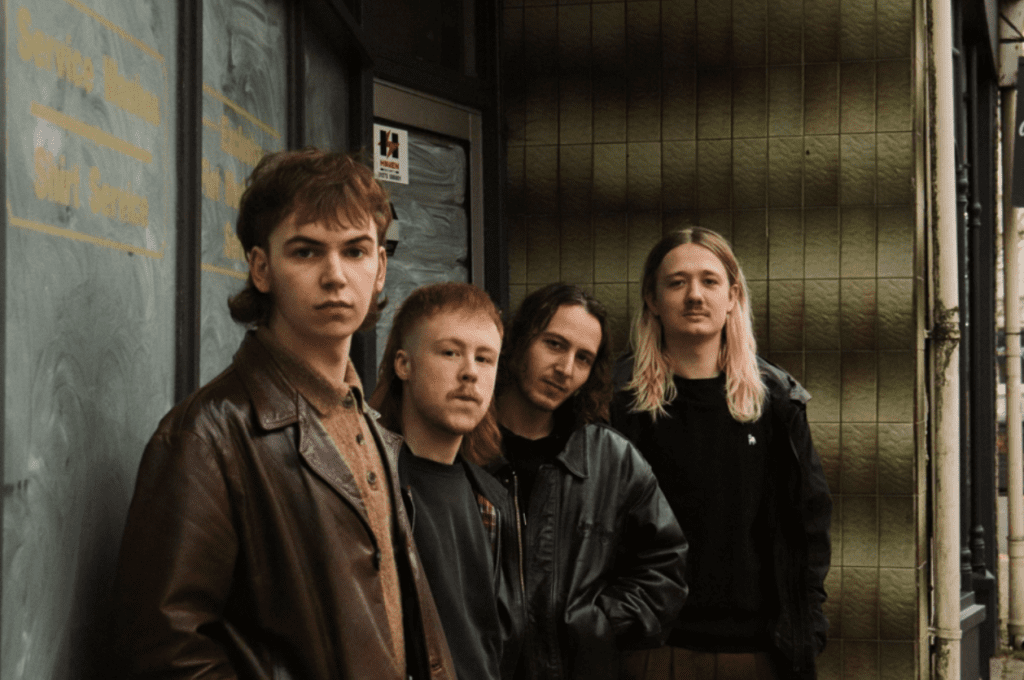 The track weaves American 90’s Indie-tinged swagger with classic rock riffs and drivetime radio pop hooks. This
is one to file alongside Janes Addiction, Foo Fighters and Weezer. It comes after their debut single ‘Come To
Life’ and makes up the A/A release available on 7” out via UK label Nice Swan Records.

Shady Baby is the musical project of Brighton-based Sam Leaver. Inspired by the sounds of Madchester &
Britpop, and with a love for John Cooper Clarke, Leaver began making his own brand of angst-ridden pop during
the height of lockdown where songs were formed out of frustration whilst locked in his bedroom.

Having approached Brighton-based producer Theo Verney (English Teacher, FEET, FUR, Egyptian Blue,
TRAAMS etc) with his early demos, the two instantly formed a musical bond that has seen them work closely
together in the studio ever since and Verney has helped hone the exciting sound of the debut tracks of Shady
Baby.

Asked to break down the new single’s theme, Shady Baby frontman Leaver said the following:
“Lonely Town is about the creeping sense that you’re becoming detached from yourself and the people around
you, whilst trying to keep a lid on it and act normal.“