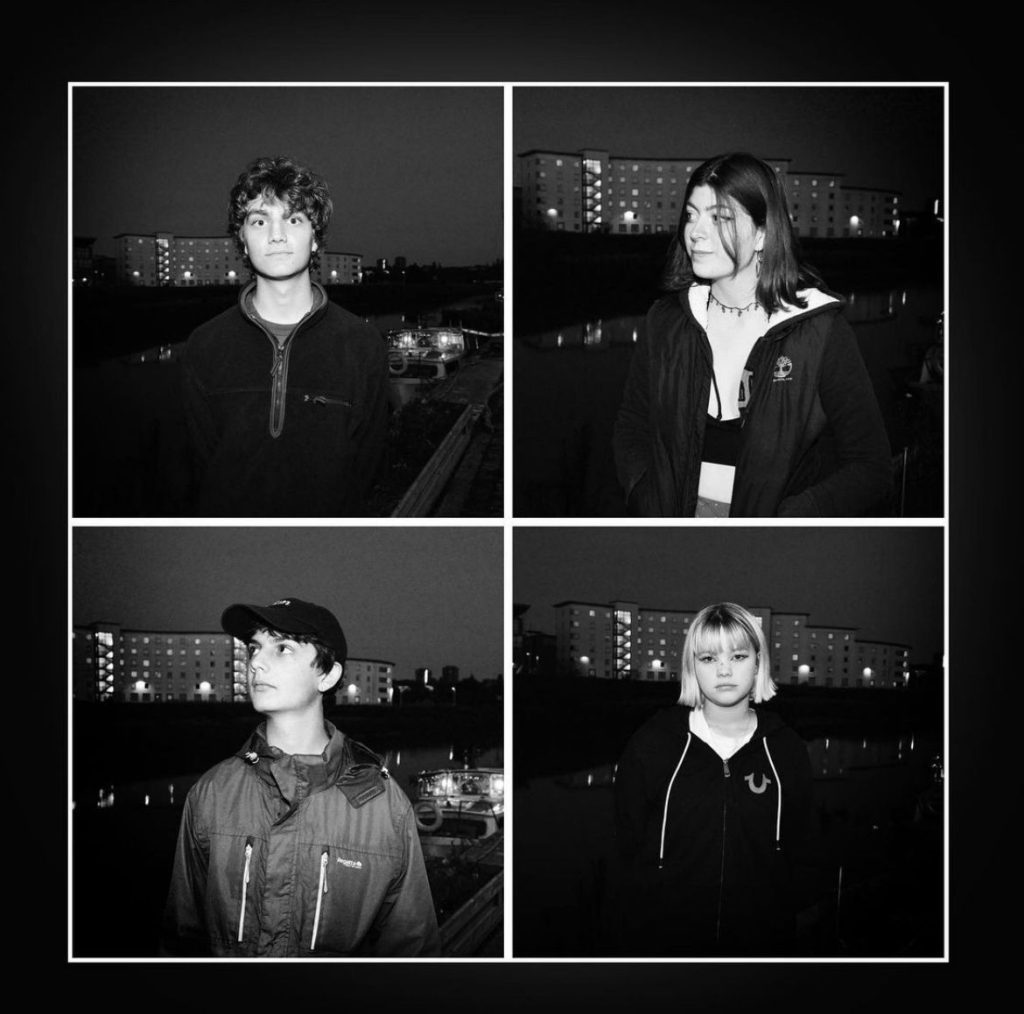 “Anorak Patch are unquestionably an alternative godsend” – So Young

“the Colchester quartet’s first offering for tastemaker label Nice Swan stands up as a vital, visceral cut from a band of any demographic.” – DIY

Already championed by BBC6 Music, BBC Radio 1, Radio X, Daily Star, BBC, I Paper, DIY, DORK, So Young, and more, Colchester’s Anorak Patch have been quick to grab the attention of tastemakers across the UK. They were even snapped up by label Nice Swan Records that have put out releases from some of the UK’s buzziest acts including Sports Team, Silverbacks, Hotel Lux, FUR, Courting, and Malady.

Following breakout tracks ‘6 Week Party’ (watch here), ‘Irate’ (watch here), and ‘Blue Jeans’ (here), today the 4-piece share new single ‘Delilah’ – a tale of wanting more than the small town you call home, and further proof of why Anorak Patch are one of the UK’s most exciting, young bands to emerge in recent times.

On the track, the band say, ​​”Delilah is a story. It’s about a girl who’s struggling her way through life…the song is sort of a snapshot of how difficult life can be when you are in a bad headspace without good people around you. It’s a lonely place to be. The ‘town’ is just a reference to wanting something more than the place you grew up in…I guess in that sense it’s a little autobiographical. We are from a little place in Essex, it’s not a bad place, but we collectively dream that by playing our music we will have a chance to move out of its orbit.”

Anorak Patch are also set to perform their debut headline shows, including in their hometown of Colchester next month, and in London next year.