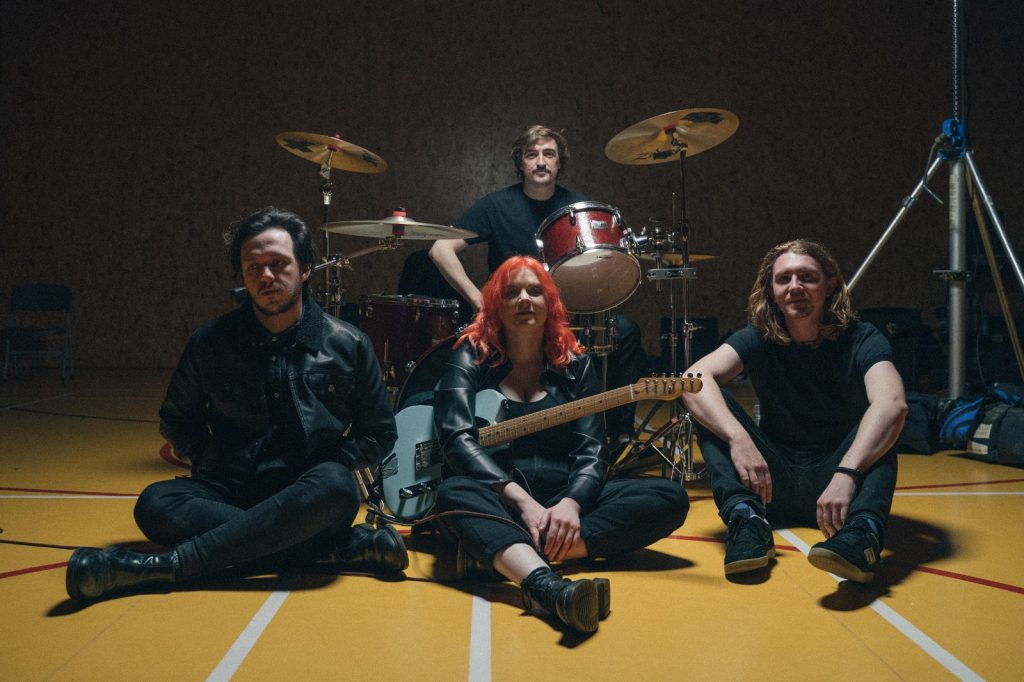 With new single Literary Mind, Sprints today share another slice of cathartic, melodic and punchy punk-rock.. Produced by Daniel Fox of Gilla Band and out now on Nice Swan Records, the band will headline The Dome in London on October 13th. The single bookends a busy summer for the band, which included supporting Liam Gallagher in Belfast and a massively popular Glastonbury set. The new run of dates follows two sold-out UK tours. The accompanying video is a feel-good romantic odyssey culminating in the band crashing proceedings with typical exuberance.

On the new single, Karla Chubb offers the following “Literary Mind is probably one of our most light-hearted songs in Sprints in terms of subject matter, while still exploring something quite close to heart. It’s a real deep dive and exploration into the feeling of falling in love, particularly queer love, in which you feel like you’ve been conditioned to believe a heteronormative way of life is the only “right” way to live, which leads to incredible difficulty and emotional oppression.

You push these feelings down, ignoring them, praying them away even but eventually with acceptance comes a rush of emotion that you never thought you’d feel. You unlock, finally, what it means to be happy and with it comes the rollercoaster of emotions, hot sweats, fever dreams, happiness, giddiness and excitement that we’ve tried to capture in the energy and pace of the song.”

Sprints have received a wealth of press support (The Guardian, Dork, DIY, NME, Loud & Quiet, Clash, Gigwise and others). They’ve also received an abundance of support at Radio 1 and BBC 6Music.

Formed in 2019 when Karla, guitarist Colm O’Reilly and drummer Jack Callan – already playing together under a slowly-dwindling former guise – had the lightbulb moment at a Savages gig that they too could play the music they actually listened to and loved, Sprints have barely paused for breath since. Recruiting bassist Sam McCann, for their first show back in February of that year, the difference from day one was tangible. “Our only ethos in music is to write something that matters and that means something,” says Karla. “It’s all about expressing our identities, and injecting our personalities into it.”

Often labelled a political band, even the way they inhabit that idea feels refreshing. “I don’t have to know everything to be able to tell you that something’s shit. I understand that women should have access to abortion, and I understand that mental health services are not adequate to stop people from committing suicide, so yeah, I don’t know exactly how much money is being spent on it but I don’t need to in order to tell you that it’s not enough,” Karla stresses. “It’s just a class barrier to make people feel like, if they’re not educated enough, then they can’t be involved in the conversation. But you don’t have to be Usain Bolt to run a race, and you don’t have to understand the theory of everything to understand that, morally, someone’s an asshole.”