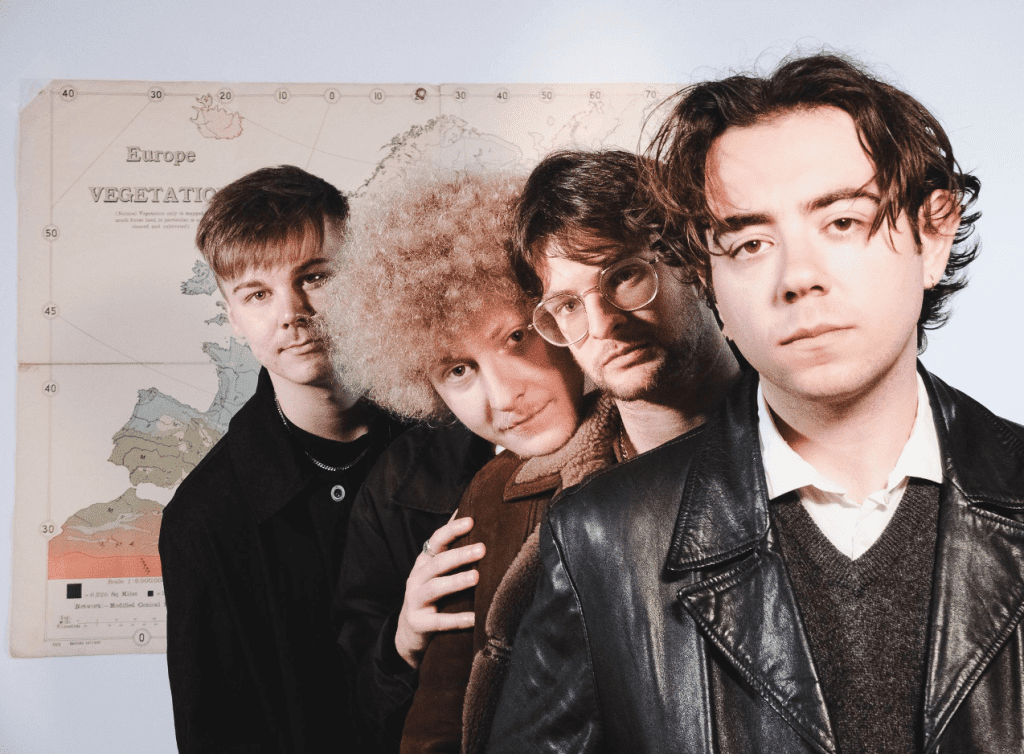 The track is a study in perpetual motion – caught between an exhilarating swagger and a drunken lurch. Built around a spiralling, infectious synth lead-line, rolling bass and drums, and skittish guitars, this all provides the backbone for Conor Celements’ visceral vocal spitting.

It tells a tawdry tale, examining the propensity for unhinged views born of banal insularity. As the band explain:

“A father hiding behind a screen, a family watching the Queen’s jubilee and a wife leaving her unloving husband for a new life in Spain. We’ve seen all of these people and we know them too.

Sich Übergeben (translating to “to vomit”) deals with our British tendencies to spew forth from our gullets, unloading our ill-informed and rather unwanted opinions onto others, the interwebs and beyond. From our living room thrones we strategize and glamourise, acting upon misinformation through hypocritical means. It’s not too long before spewing becomes physical, and suddenly a father figure spews from his plane upon the foreign sunnyland soil, covering the precious ground in British vomit, clutching a pint in one hand and his health-card in the other.  His alien son looks on. ‘Who is this man and who is my father?’”

Joining forces with cult indie label Nice Swan in late 2020 for their ‘Nice Swan Introduces…’ series (in partnership with RIP Records), the quartet have since found label-mates in the likes of Courting, SPRINTS, English Teacher and Mandrake Handshake, whilst firmly establishing themselves as a thrilling new fixture within the punk landscape.

The group’s frenetic musings on the mundanity of everyday life has attracted plenty of interest, with key tastemaker backing from the likes of Dork, Loud & Quiet, The Forty-Five and Rough Trade, as well as BBC 6 Music playlist exposure following integral support from Steve Lamacq.

Having already notched up several impressive support slots with acts including Sports Team, Porridge Radio, Pom Poko, and Tom Robinson at personal request, as well as a full UK headline run in autumn 2021 – Hallan continue bringing their thrilling live show to the stage through the summer across the UK and Europe.

Hallan’s ‘Sich Übergeben’ is out June 14th via Nice Swan Records. It was produced by Andy Savours – acclaimed for his work with Arctic Monkeys, PJ Harvey, My Bloody Valentine, Black Country, New Road and Sorry.