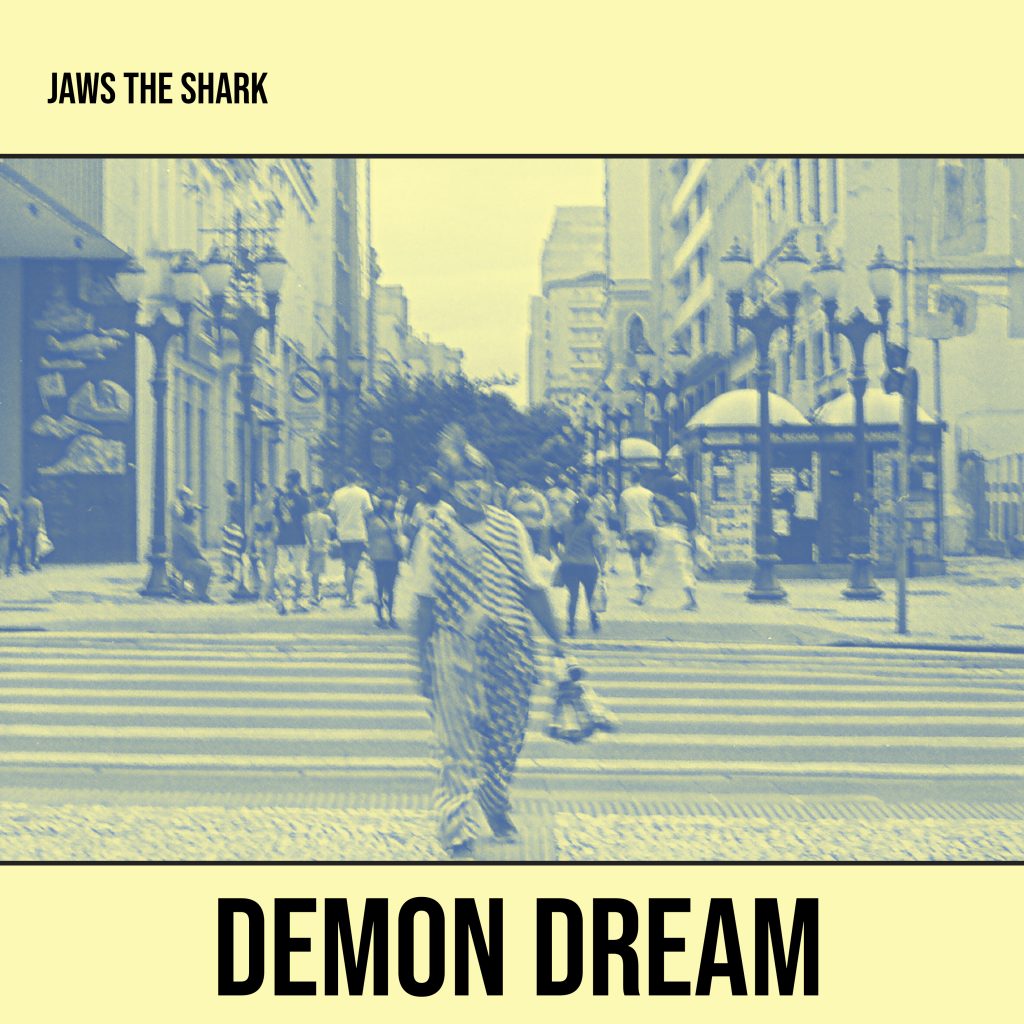 Last year, Nice Swan Records started the monthly Nice Swan Introduces… series to shine a light on the most exciting emerging talent. Following releases with the likes of Sports Team, Pip Blom, Hotel Lux & FUR, The series introduced a whole wave of new and exciting talent including Jelly Cleaver, Courting, Sprints, Hallan, Malady & Mandrake Handshake & Anorak Patch cementing Nice Swan Records as one of the country’s most exciting independent record labels. The series returns again this month with yet another extremely exciting act in the form of rock n roll duo, Jaws the Shark and their new single, ‘Demon Dream’.

Jaws The Shark’s contribution to the single series, ‘Demon Dream’ is a molten-hot slice of lo-fi grunge. Head Shark Olly Bailey wrote and recorded the entire song himself, apart from the drums. The drums were performed by Elliot Rawson from Yak, and recorded by Felix Rashman at his ‘Calmer Than You’ studio in East London. Mixing and mastering was also collaborative — Phil Brillo (Babeheaven/Yak) sat in at the controls.

The lyrics are inspired by a nightmare, says Bailey: “I had this recurring dream where I’m in a big house, with a wooden spiral staircase that leads nowhere, and this demon-like thing forces me to sing at its request. It scared the shit out of me and I would wake in a sweat. The line: ‘Like a rudderless ship, you’re sinking, stuck inside your own head’, is a reference to the fact that with this being a dream and being asleep, you’re defenceless and at the mercy of the dream itself, it just has to play out until you wake up.” With said dark emotions being exorcised lyrically, fuzz and delay-soaked guitars (not unlike Ty Segall’s) and swaggering death disco drums feel like an apt accompaniment to the theme.

Meanwhile, Bailey’s gently-distorted vocal feels rabble-rousing and tuneful — the musician’s penchant for pop melody is undeniable. Sounding so accomplished on what is only the musician’s fourth ever single — the project only began in 2020 — is some mean feat. But Bailey has had the best nurture: he’s spent the last few years working as a tour manager, touring with the likes of Demob Happy, Dinosaur Pile Up and Yak. Bailey’s been tenacious but the momentum is now with him for his own big splash — Jaws The Shark has arrived and is here to stay.