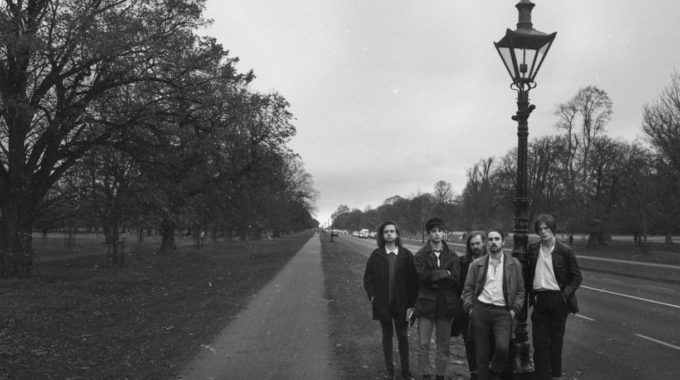 ‘Too Real’ is blasting from the office radio, having been spun yet again on Steve Lamacq’s BBC6 music show. Vocalist Grian Chatten intones, ‘as it stands, I’m about ta make a lotta money’ in a thick, Irish brogue that drips in charisma.

Spartan in their dedication to authenticity, Fontaines D.C come from the ‘back-arse of nowhere in Ireland’, which is the fundamental beauty to their punk gospel. The city of Dublin is an unshakeable theme to their music, clearly cardinal in paving their lives as musicians and poets, it’s a stark influence on their storytelling, harking to McGowan levels of Brutalist poetry, which postulates on keen social awareness and bleakness over romance – hell, they even reference James Joyce in the brilliant, ‘Boys In The Better Land’.

Music this direct, this sincere, this lyrical, is a much-needed antidote – Fontaines’ music is simple in arrangement, but distinct in its delivery. We’re a generation of people with increasingly dwindling attention spans so it’s a feat in itself when a band can engage until the final stanza with a selection of solid singles peppering the entirety of 2018, deepening any hunger for an album release.