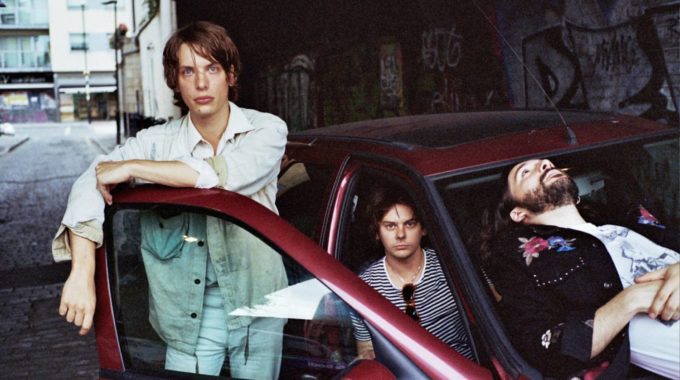 Yak released their debut album, Alas, Salavation, in 2016; a highly anticipated record, it offered an insight into the nervy, enthralling mind of frontman Oli Burlsem and gave us some fucking delightfully, dirty riffs to boot. Two years have passed, line-ups have changed and sounds have shifted, because just like Yak’s live presence, their authentic unpredictability is key.

We write this band of the week based on the pure love we have for Yak’s latest single, Bellyache. Press play and you’re greeted by Jurassic 5 style panpipes which then morph into a woozy, psych-tinged stomp with bassist Vincent Davies’ (formerly Hidden Charms) sound stamped all over it. A quarter of the way through, the swagger and sleaze come through in plentiful helpings before it contorts into all out manic, stream-of-consciousness carnage. The last lyric, “if you’re going for broke just make sure you don’t choke”, comes from the notion that this could be the last record they would ever make – a signifier that Yak are a band truly committed to the intensity of whatever moment they find themselves in. You can catch the guys live at the following dates: