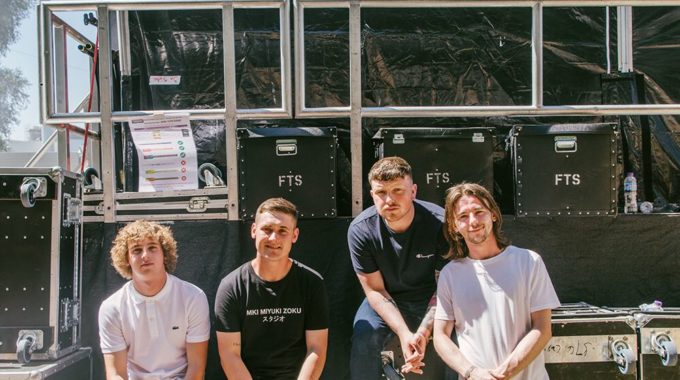 The Snuts, comprised of Jack Cochrane, Joe McGillveray, Callum Wilson and Jordan McKay, are a band that are bubbling under Scotland’s surface, ready to burst at any moment. Driven by the kind of stadium-sized dreams that glint in the eye of their predecessors, their vast choruses and powerhouse vocals have struck a chord with Scotland’s much-revered civic pride, amassing something of a cult following which spreads far beyond the parameters of their West Lothian upbringings.

Their debut single, ‘Seasons’  masters blistering indie energy and serves as an enticing glimpse into their ambitious tendencies and the same can be said for follow up single, ‘Manhattan Project’, a riotous, rock and roll number that is as emotive as it is charismatic.

Off the back of a truly rousing set at TRNSMT festival’s King Tut’s stage, which attracted over 6,000 punters shouting every word of their music back to them, the band have announced a UK tour for this October which will climax on three Scottish dates in Glasgow, Edinburgh and Aberdeen – all of which have sold out. Check out the dates below: